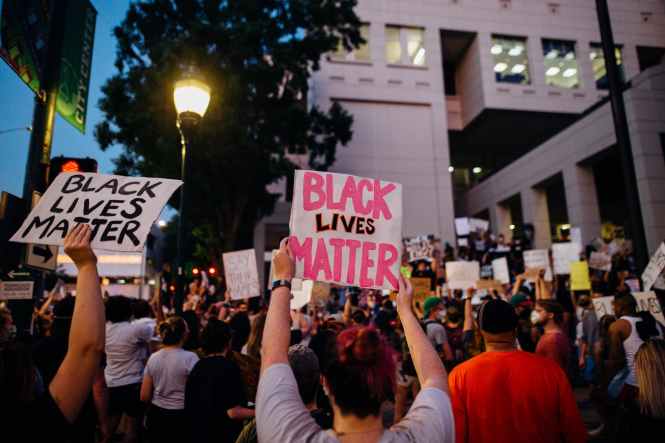 Photo by Kelly Lacy on Pexels.com

IF we believe Black Lives Matter, then why don’t we protest outside abortion clinics in black neighborhoods? Why are we not holding up signs that say “Defund Planned Parenthood?” After all, Planned Parenthood was founded by none other than Margaret Sanger, a woman who believed in eugenics. Planned Parenthood clinics were deliberately placed in black neighborhoods to give women a “choice” when it came to birth control.  Since the early 1970’s, over 20 million black babies have been murdered in America. That’s not counting the countless thousands of black babies that have died on the African continent in an effort to keep their population under control.

IF we believe Black Lives Matter, then why are we not working with State School Boards and City School Boards to make sure education money is equally allocated so that inner city schools get their fair share of the tax revenue? Schools in poor black neighborhoods are notoriously underfunded and the literacy statistics are there to prove it. There has got to be a way to equalize funding within the state system and support a better educational system within low income communities.

IF we believe Black Lives Matter, then why are we not outraged with the thousands of black lives lost each year with black on black violence? Can we not join with those who are working hard to stop gang violence and their control in our inner cities? This is one of the saddest problems going on in our inner cities and one of the least talked about in the press.

IF we believe Black Lives Matter, then why would we encourage the police departments to be defunded? Don’t we know that it will be the poorest of the poor who will suffer the most from the lack of police protection? Are we really thinking about black lives when we use those slogans and support those ideas?

IF we own a Corporation and we support the Black Lives Matter movement, then why aren’t we bringing jobs back to our cities so that young black people can have the opportunity to get decent middle class jobs and have a shot at the American dream?

We can hold up signs all day long that say “Black Lives Matter,” but what are we actually going to do to show that black lives do matter? There are plenty of people within the black community who are working hard to deal with these issues and they could surely use our support. Most of these issues are not about race, they are about economics and educational inequality. At the end of the day, blacks are no different than whites. They want to be able to get a good education, have a decent job that can support a family, own their home and live in a safe neighborhood where they are respected by others.

29 thoughts on “IF We Believe Black Lives Matter, then…”