Guilt – just say the word and we think about the times we have felt it. It is an easy emotion to feel for a multitude of reasons. Sometimes we have done something wrong but other times we have had unrealistic expectations of ourselves and when we don’t meet them, we feel guilt. Others can have unrealistic expectations of us and try to make us feel guilty for not measuring up to them. There are two kinds of guilt – real and false and we need to learn how to discern between the two.

Photo by Pixabay on Pexels.com

Have you ever done something wrong and you feel bad almost immediately? That emotion is called guilt and it is built into us. We all have a conscience and when we do something wrong, our conscience lets us know and we feel guilt, real true guilt. We have crossed a line we shouldn’t have crossed, we have lied, stolen, or hurt someone. That conscience has been built into us by God and it is there to help keep us on track.

What do we do with that guilt? We feel awful about what we have done and now, how do we make it right? The Lord has given us a way to feel okay inside again in His word. “If we confess our sins, he is faithful and just to forgive us our sins and cleanse us from all unrighteousness.” 1 John 1:9 God, himself, knew we would transgress his eternal commandments and hurt others and he provided a way for us to be clean from our wrongdoings. We “confess” our sins to him. We talk to him and agree with him that we have done wrong. Many times, he then requires that we go and make it right with the other person.

At that point, we have come full circle. We have done wrong, confessed it and made it right. The guilt we felt was a positive thing because it caused us to acknowledge our wrong doing before God and many times to the person we have offended. 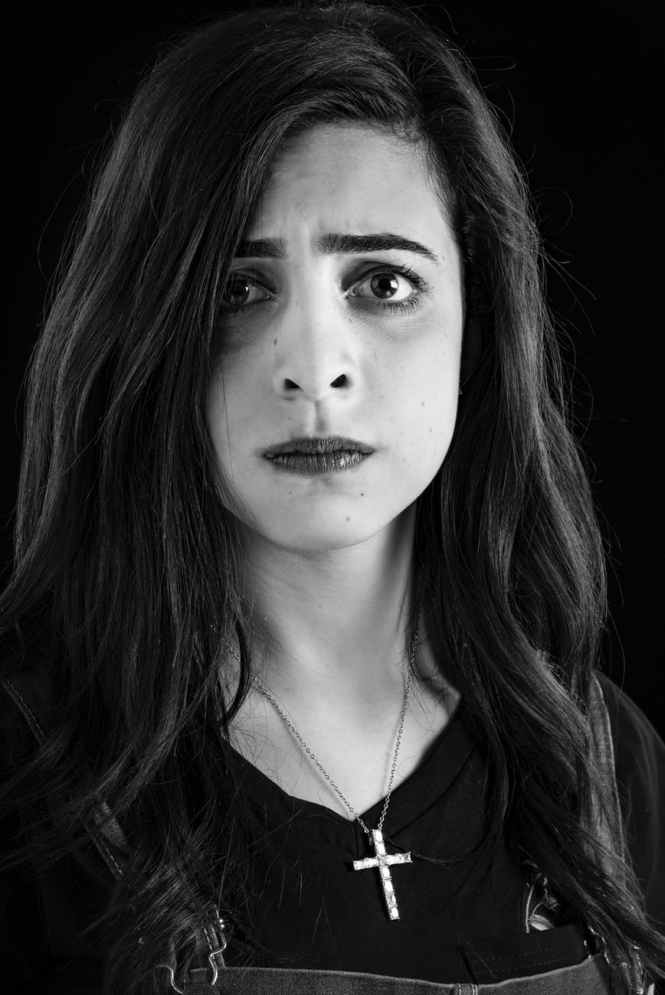 Photo by mohamed Abdelgaffar on Pexels.com

But what about false guilt? Does such a thing exist? I think it does and I have experienced it many times. We do something right, something we were supposed to do and we are struck by a wave of guilt. Does this guilt come from our conscience or does it spring from our own insecurity or some other insidious force? It can come from many places. I know because I have experienced it a lot. I think we all have.

Just the other day, my husband asked me to type up a speech he was going to give at a graduation ceremony. He left and I wanted to surprise him while he was gone, so I went ahead and typed it up. He was not there to answer any questions I had, so I just typed it up the way I thought it read. I gave it to him and thought he would find it perfect, or at least almost perfect. Instead, he started reading and correcting it. There were several corrections in it and I could hear him writing on the printed copy. I began to feel bad. How had I missed so many things? How could I have made so many mistakes? Did I really do a bad job? For about five minutes I felt really bad; I felt false guilt.

He handed the papers back to me to correct. I looked at them and there were not near as many corrections on them as I thought there would be. Some of the things he had written were additions, but my mind had imagined they were corrections and I had done badly. Where did those feelings spring from, my own insecurity perhaps? I don’t know, but I know that for a while I felt really bad. I felt that false guilt that can attack us for no reason and pummel us with negative feelings.

False guilt can also be put on us by others. Perhaps our friends or family members have expectations of us that are unrealistic and they want us to meet them. When we don’t, they can say things that make us feel guilty. But have we done anything wrong? No. We have just not lived up to someone’s idea of what we should be doing. “Should” is a word that is often associated with false guilt. We say to ourselves, “I should have done something different. If I had, others would be happy with me.”

We have to be on the lookout for false guilt because it can attack us at the strangest times. We can do something good or something right and we can begin to feel guilty for no reason whatsoever. We can question our motives and let that questioning take us down a wrong path. We have to be really discerning about the emotions we feel , because many times what our emotions are telling us is not true.

How do we do this? Well, we can speak truth to ourselves and try to listen and hear that truth.  If that doesn’t work we can call a friend. I have one friend I can call and she will listen to whatever I am feeling and help me sort out my feelings. She will tell me if what I am feeling is false guilt and that I need to let it go. If you can’t hear the truth from yourself or a friend, go to God. Ask Him to help you discern what you are feeling and let go of the false guilt. He is always there to help you!

Guilt, it’s a big one…we all feel it and we all have to learn to deal with it. How do you discern between the real and false guilt in your life?

6 thoughts on “Guilt – Discerning the Real from the False”