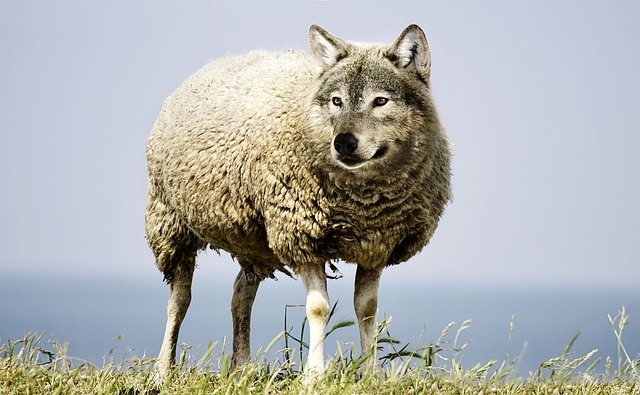 This week we have watched demonstrations and riots across the United States. There have been legitimate protests and illegitimate riots. Many of those demonstrating peacefully have been blamed for the rioting and looting that took place. Why? Because people couldn’t tell the difference between the sheep and the wolves.

So, how do we recognize the wolves among the sheep? At times, they may look pretty much the same, but a closer look will show us they are two completely different species.

Sheep travel in flocks. They are plant-eaters and docile. Sheep do not think for themselves and follow whoever is leading them. Sheep will trample the grass they are walking on but do not leave a trail of destruction behind them; the grass will grow back on its own. Sheep are awake during the day and sleep at night.

Wolves travel in packs. They are carnivores and rapacious. They have a leader and a malevolent plan for  chaos and violence. They rip and tear their prey and leave a trail of destruction behind them. They will steal and kill without a second thought. Wolves  are nocturnal, they may hunt during the day but primarily come out at night to attack their prey.

We have been watching wolves among the sheep. Let us be clear-eyed and discerning. If you can’t tell the difference between the two, then study the species until you can. One may seeming look like the other but they are not the same and we would be well served knowing the difference.

One thing is for sure, the sheep have been seeking peaceful meaningful change in our society. The wolves, on the the other hand, have wreaked havoc and are seeking the destruction of it.

36 thoughts on “Wolves Among the Sheep”