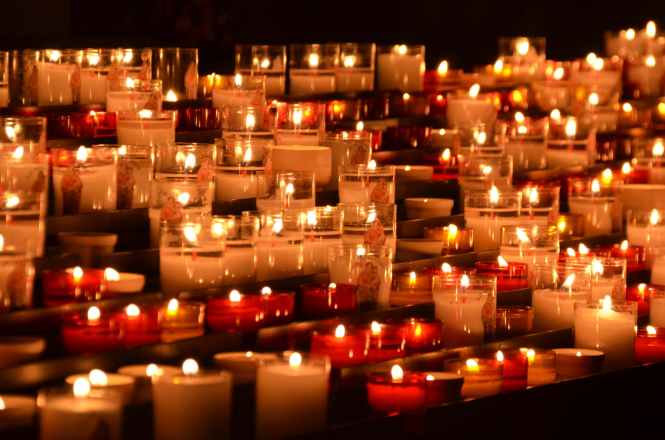 As citizens of America, we are all partakers in the grief we felt when we heard about the shootings in Las Vegas. We have a shared sense of grief whenever something like this happens in our country. The shared grief is part of what molds us and forms our national identity.

For those of us who grew up in the sixties, that shared grief included the deaths of John F. Kennedy, Martin Luther King Jr. and Bobby Kennedy. From the time we became cognizant of national events, we have shared in the tragedies that have affected this nation, including the Challenger incident, 911 and the various mass killings that have happened in the last two decades. It also includes the events that happen when natural disasters hit such as Andrew, Katrina, Harvey, Irma and Marie.

As a nation we have endured a lot of grief lately. Our people have suffered untold loss: physically, materially and emotionally since the beginning of September. It is a lot to take in when we see others suffering and we search for a way to help.

When a natural disaster hits, we can give and support those who have been affected by the disaster. However, when one of these random acts of violence happens there  is not much we can do for those affected when we don’t live close by. Those living near Las Vegas were able to donate blood, give hotel rooms and other basic necessities to those in need. For those of us who did not live close by, we could only pray.

We don’t want senseless acts of violence to affect us, but unfortunately they become part of our national corporate grief. Just mention the words: Sandy Hook, Fort Lauderdale San Bernardino or Orlando, and we feel a sense of sadness. We feel pain because of the innocent lives that were lost, even though most of us have no personal connection to them.

Whether we like it or not, we have to process  our national corporate grief. I believe it is easier to process than private grief because we do it together as a nation. We talk about it and we process our feelings publicly. Even though we are able to process our grief publicly, we are still not able to understand the event. There is no place in our minds where we can neatly tuck away senseless acts of violence.

Our brains were created to help process our emotions and give us a level of understanding about why things happen the way they do. When senseless violence happens, we search for an answer. Maybe there will be some clue to help us understand why someone would seek to hurt or kill others in such a way.

Unfortunately, many times there is no such answer. Often the shooter is killed and we are left wondering how a fellow human being could reach such depths of depravity. We are left unable to comprehend a reason and we cannot add any level of understanding to our grief.  It is difficult to process grief when there is no understanding,  but we must learn to do it if we are going to be able to process it in a healthy manner.