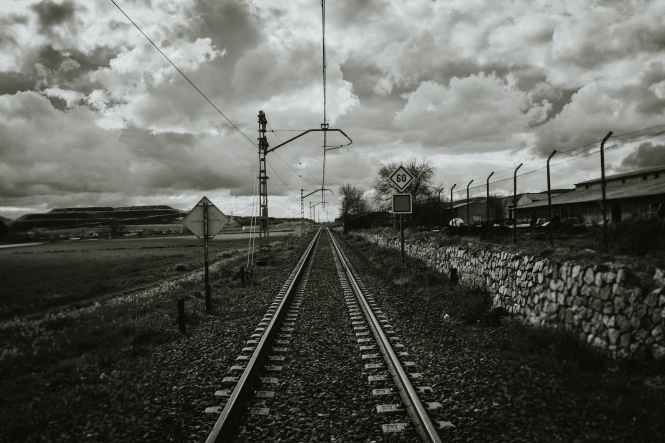 The other evening, I watched a segment on the nightly news where a man received a gift from his family. He had not been able to see colour his entire life, and his family had gotten the money together to buy him special glasses that allowed him to see colour. It was a total surprise to him. He opened the box and stared at the glasses. He put them on and looked around, then he started crying. I was very touched by the man’s reaction as he saw what he had been missing all of his life.

It got me to thinking, how many times have I lived a black and white life in a full colour world? Like everyone else, my life has had its share of difficult times and heartbreaking losses. These seem to be the times the colours around me have dimmed and I was unable to see them clearly.

I remember when I was about twelve, my father and step-mother decided to get a divorce. My father was unable to find a suitable place for us to live on short notice  and so we moved from a beautiful home into housing that had been built during the second world war. My world was turned upside down with the loss of my step-mother and step-siblings together with being forced to move into an entirely new neighborhood. For several months I tried to adapt to my new surroundings. At first the world did seem black and white, but as I met the people I lived around, the colour began to return. They seemed to have a great sense of humor about the neighborhood we lived in. When we moved out six months later into our own home, I missed those people and the laughter and love they brought into my life.

The next time I couldn’t see colour in my world was when I was twenty-four. I moved away from my husband and filed for divorce. I took my six-week old son, a diaper bag, my purse and purchased a plane ticket. My hopes and dreams had been crushed and I was now starting a new life as a single parent. For several months, my world was black and white as I began to make a life for myself and my son. I opened a business and after a few months began to think about the future. The colours returned to my life slowly; they were like pastels, very faint. It wasn’t until a young man came into the gallery and introduced himself, that the vivid colours began to return. After several months, I could finally see the full spectrum of colour again.

For twenty years the colours remained bright as my children grew up. There was lots of activity but unbeknownst to me, I was getting my identity from them in my role as a mother. When they left to pursue their own dreams, my world turned to black and white again and the colour left. It took a while to find the colour again as I  looked for meaning and purpose in the world around me. The colours returned as I began to look for another place to give my time and energy. Eventually, I volunteered with a women’s group and found new meaning and purpose in my life.

I had four or five full colour years after that and then the colours in my life began to dim again. My father, who had been both mother and father to me, died and I had to process that loss. The colours didn’t stay dim for long as I kept remembering his joy for life. He had the capacity to enjoy everything and find humour in it all and I tried to follow his example. I knew he would not want me to grieve long; so I forced myself to look for the bright colours around me. Again, they returned and I could see fully the colours in my world.

For the next decade, the colours grew bright and dim depending on the losses I experienced. All of my elderly relatives passed and with each loss I had a time where I couldn’t see the full colours of the spectrum. With all of the losses, I began to learn a new lesson about how to live seeing clearly in a full colour world.

You see, the world is always full of colours. Many times I have to choose to see them, will myself to see them, and even pretend to see them when I don’t. I must make the choice. If I will keep choosing to see the beauty of the colours around me, I will eventually see them, no matter what is going on in my world.