Several months ago, I realized I needed to learn more about the field of Artificial Intelligence and so I decided to do some research on the subject. I read Hugo De Garis’s book “The Artilect War – Cosmists vs. Terrans.” It was written for the general public and was a great place to start to learn the language and concepts being used in the AI field today. Because I read it, now when I read articles about AI written by Bill Gates or Elon Musk, I am now more able to readily assimilate the information and contextualize it.

Another area that overlaps part of the AI field is the field of Transhumanism. So, what exactly is Transhumanism? Transhumanism is the enhancement of the human body through technological, genetic, mechanical or synthetic means. It is a broad field with scientists and researchers moving forward to actualize their goals to move human beings past their biological limitations and create a “new and improved human.” This human will not be fully human, but will have enhancements in one form or another in their bodies, brains, or genetic makeup. It will literally be a Human 2.0.

If we have an artificial hip or shoulder, have we become a Transhuman? Technically, no. Anything we do to our bodies in order to bring them back to a normal functioning level is not Transhumanism. Although, while reading this book,  I did call my husband a Cyborg because he had an artificial hip. Needless to say, he was not amused! In other words, just replacing worn out body parts is not Transhumanism. A person is still a Human 1.0 who has had this kind of surgery. 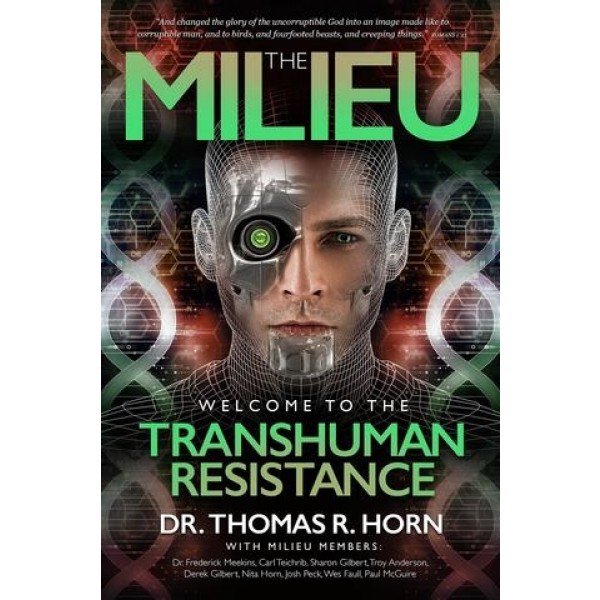 This book has nine other contributing authors who tackle the bioethical concerns relating to this subject. The authors give the reader the historical context of where the idea of Transhumanism originated and how the scientists got where they are today. They each take a different area of this vast subject and share their view of how this research will affect us in the future. When does a person move from being a human to being a Transhuman? If we allow animal DNA to be implanted in our bodies, have we ceased being human? Will an animal/human hybrid still have a soul? What are the societal implications of Transhumanism? These and many more questions are explored in the book.

I would highly recommend this book to anyone who is interested in this emerging field. Although many in our society are not discussing this subject, all of the leading nations of the earth are moving forward with their research in this area. The hope of producing a “super soldier” through genetic mutation, mechanical augmentation and brain implantation is no longer in the realm of science fiction. It is being played out in laboratories throughout the world every day of the week.

Transhumanism is quickly moving from the realm of science fiction to real science and I would hope we would all become educated about the biological, societal and spiritual implications that come with it. Better to begin to be aware of what is coming than wake up one day and have to try to form some sort of bioethical groundwork for how this will affect us societally. After all, most of us are still  Humans 1.0.